Ricky is initially reluctant to host a new TV show when he learns that the sponsor prefers a husband-and-wife format. Nonetheless, he agrees to do the show. But when Lucy learns that he hadn’t wanted her in the show at all, she decides to get even by sabotaging the “Breakfast with Lucy and Ricky” dress rehearsal. What Lucy doesn’t know is that the so-called rehearsal is actually being broadcast to the entire city of New York in an effort to achieve an unrehearsed, spontaneous look. 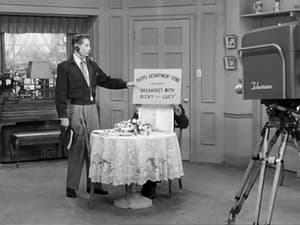