A shy young teenager named Peggy has a major crush on Ricky. Ricky, however, is tired of all this “attention” that this girl is giving him, so asks Lucy to have a talk with her. During their conversation, Lucy asks Peggy to think of some other boys her own age that she might like to go out with instead. Peggy, it seems, also likes a boy named Arthur Morton. Unfortunately, Arthur is painfully shy and cannot dance, so Lucy volunteers to give him a dance lesson. But it is then that Arthur becomes infatuated with Lucy! To get the two off their backs, Lucy and Ricky come up with a solution: they will dress up and act like 90 year olds, and scare their “young fans” back to reality. 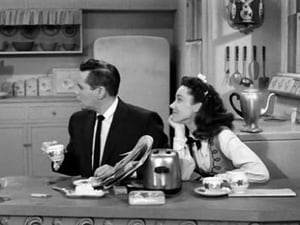